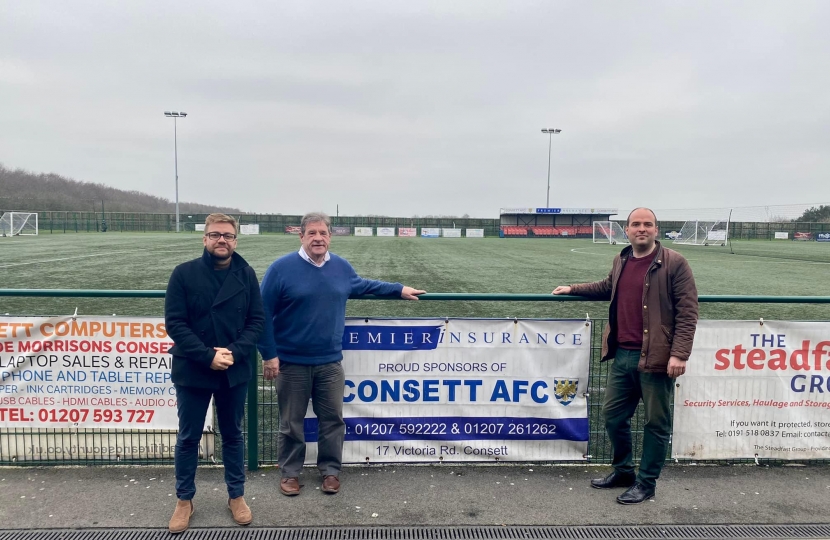 Since Richard Holden MP was elected, he has always done what he can to support our local clubs. On 31 December, he visited one of the representatives of the Football Foundation up in #NorthWestDurham to see the fantastic Frank Bell and the team at Consett AFC to see where they can help with support for the club growing.

Within weeks of being elected he met the Football Foundation in Parliament. On behalf of the FA and Premier League they invest money in grassroots football.

During the pandemic they helped our clubs with small grants and and after being postponed several times. It was great to finally get Frank, Diane and the whole Bell family who do so much for Consett Football but the capital outlays needed are absolutely colossal as they look to keep the club moving forward and the Foundation are providing some immediate support for essential works and I’m hoping that they will help the club expand by matching some of Frank’s incredibly generous support in the future.