Richard welcomes the news that 10,500 jobs have been directly supported in North West Durham by the Furlough Scheme 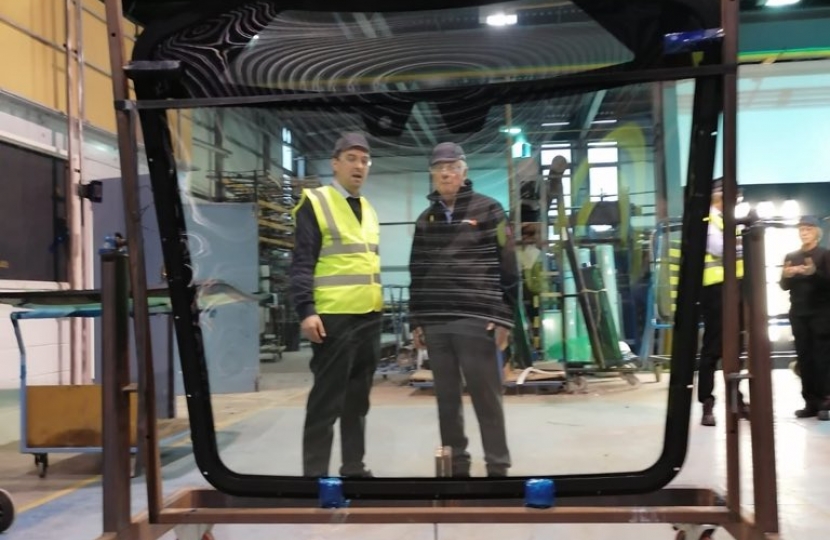 In North West Durham alone, 10,500 people have directly benefited from the furlough scheme. The knock on effects of that have been colossal, helping other businesses keep going through the global Coronavirus pandemic by ensuring local families are supported.

Across the North East as a whole almost 300,000 people have directly benefited and the Chancellor ensured Britain stepped up in an unprecedented way.

The mutual support, particularly of fellow new MPs: Paul Howell, Dehenna Davison, Peter Gibson and others in lobbying for the scheme and its extension has been huge for our area.

The full breakdown of the figures can be found here: link

"Behind every one of these jobs supported is a person supporting a family.  In these really difficult times for the country it's absolutely right that we as a government and as a country have stepped in to support local people.

"This financial support has also had a ripple effect across the wider economy, allowing people to spend money in the local economy and saving other jobs too.

"I am proud of the work me and other local MPs have done in raising this and in pushing the Treasury on this matter and it's great to see that Rishi Sunak responded so well and overwhelmingly to support our communities across the North East at this difficult time."