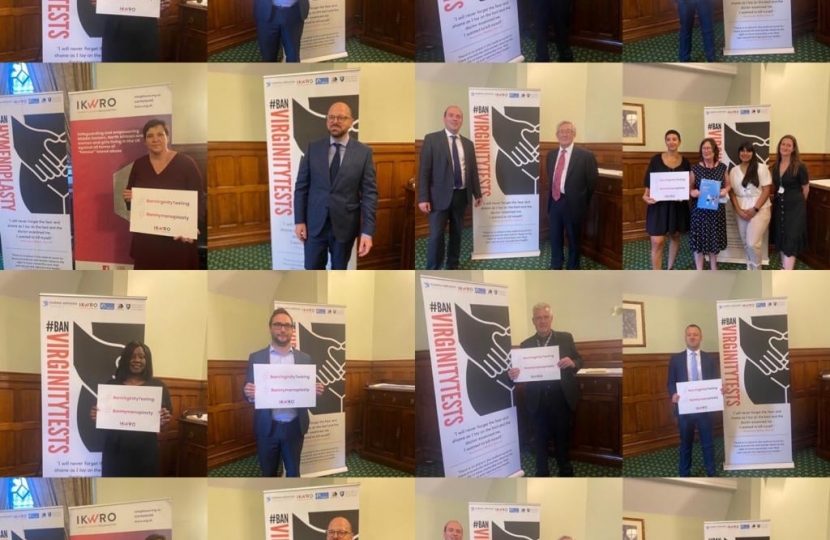 As Parliament returned in September, Mr Holden came together with IKWRO, Karma Nirvana and MEWSo to host an event in Parliament to gather more support, where dozens more MPs came along to back the changes Mr Holden is proposing. 56 MPs from across Parliament are now also backing Mr Holden's amendments, from the Rt Hon. Jeremy Hunt MP to the Plaid Cymru Leader LIz Saville Roberts AS/MP backing the amendments with supporters in the House of Lords as well.

This month too, the story has been picked up globally, with The Atlantic magazine's Helen Lewis writing a feature about it, which is worth a read especially if one is unaware of the issue or want to know why Mr Holen is pushing these changes.

Finally, The Health and Care Bill is in the Public Bill Committee at the moment a process of scrutiny which will take a few months. Meanwhile, Mr Holden is ministers this week, hoping either they will agree to his amendments or that the Government will table their own to the Bill to ban this abuse.