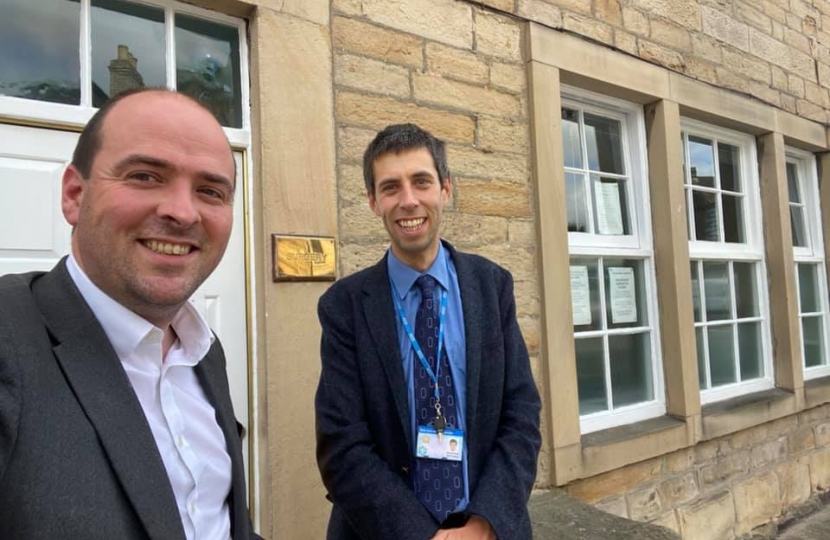 Many local people had got in touch with Mr Holden about the re-opening of their GP surgery, following the rest of the country going back to work.

From his discussion with Dr Rowley, Mr Holden can confirm that the surgery will be open early in October.

This is great news as we head into winter and many people in the Dale will need to see their GP face to face. Mr Holden also took the opportunity to hear from the other side and talked with Dr Rowley about the particular difficulties faced by rural NHS services.

'A number constituents have been in touch, concerned about when the surgeries in both St. John’s Chapel and Wolsingham will reopen to patients. I recently visited both and met with Dr Ben Rowley to discuss their plans for the future.

'There is good news as both Wolsingham and Chapel are planned to re-open early next month, Covid permitting, initially on limited times.

'Dr Rowley and I also discussed many of the challenges faced in primary care, including recruitment and retention (especially in rural areas) and broader issues, which I will take to Parliament.'