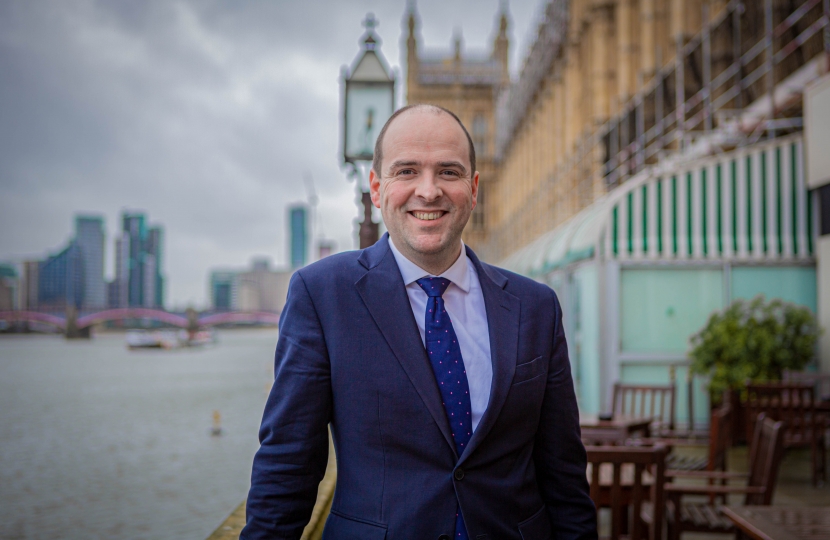 £626,066 has been awarded to Durham County Council to turn brownfield sites into 105 new homes in North West Durham, helping local people onto the property ladder while protecting our countryside.

The funding is part of a £57.8 million investment that has been allocated to 53 councils nationally through the Brownfield Land Release Fund (BLRF). The fund enables disused sites – such as old car parks and garages – to be turned into new developments for people to live and work from, and includes both new and Self and Custom Build (SCB) projects. Up to 5,600 homes will be built on sites across the UK, while 17,000 jobs could be supported – backing local economies and helping young people onto the property ladder.

Richard Holden MP has welcomes this award which will mean the council could build 105 new homes on unused and derelict land in the Durham County Council area. With £405,924.37 for 65 homes in Burnhope and £220,142 for 40 homes in Bridgehill.

Almost £58 million has been made available by the Department for Levelling Up, Housing and Communities (DLUHC) as part of the £75 million BLRF, with 53 councils across the UK receiving funding. The investment will ensure that disused sites can be used for new housing, protecting green spaces while transforming unloved sites, such as former car parks, into new homes.

It is expected that up to 17,000 jobs across the construction and housing industries will be supported from the investment, revitalising both local and the wider economy. A total of 5,600 homes are to be built under the scheme, with £5 million earmarked for SCB projects. This is in addition to the £20 million commitment from the BLRF to speed up the SCB sector.

Today’s announcement follows the Government’s commitment to build up to 300,000 new homes a year by the mid 2020s, helping people across the UK to get their foot on the housing ladder. With last year having reached the highest number of new homes built in over 30 years, at 244,000.

“Brownfield sites such as disused garages and carparks are not only ugly in our towns and villages, but are ready for new homes, while protecting our green spaces.

“That is why I am delighted that Durham County Council has been awarded £626,066 to turn brownfield sites in our area into high-quality, affordable homes, while supporting the local and wider economy through their construction.

“This funding will boost our local areas and turn previously unloved sites into exciting new homes, while giving young people the opportunity to get their foot on the housing ladder, helping level up North West Durham.”

Commenting, Secretary of State for Levelling Up, Michael Gove, said:

“We are levelling up and backing home ownership in every corner of the country, delivering new high-quality, affordable homes and creating thriving places where people want to live, work and visit.

“Making the most of previously developed land is a Government priority and it will help protect our cherished countryside and green spaces.”