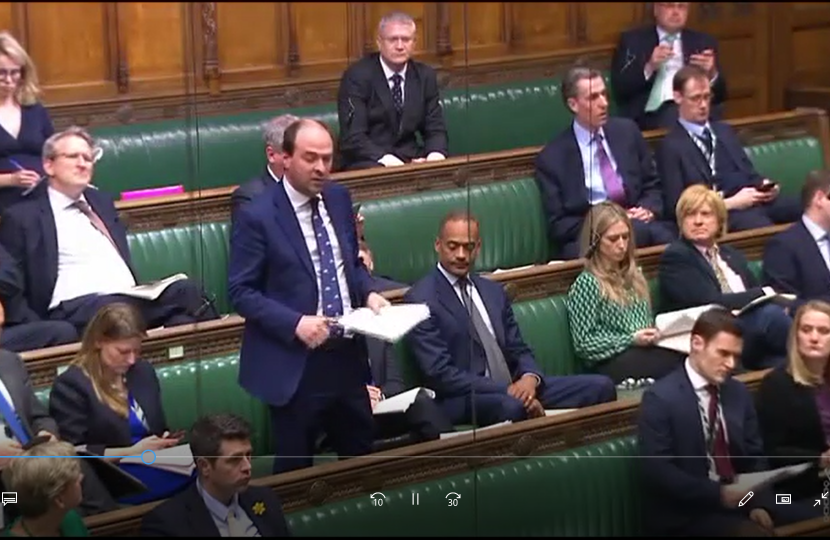 Richard Holden, MP for North West Durham, has today attended the first meeting of the All-Party Parliamentary Group (APPG) for the Friends of Durham University in his capacity as Vice-Chair.

The APPG has been set up to facilitate discussion between Durham University, parliamentarians and other interested parties; to build a bridge between academia and policy-making and highlight the research and teaching excellence at Durham University. The APPG will use this discussion to inform policy in County Durham and the wider North East.

Mary Foy, MP for City of Durham, is the Chair of the APPG, with Durham University acting as the secretariat. Alongside Richard, Kevan Jones, MP for North Durham, Paul Howell, MP for Sedgefield and Graham Brady, MP for Altrincham, will serve as vice-chairs. Peter Gibson, MP for Darlington, will sit on the APPG as Secretary and Kate Osborne, MP for Jarrow, will be an officer of the group.

Richard has been in frequent contact with Durham University since his election and has been working with Parliamentary colleagues from the North East to ensure that issues that are seen across constituencies are tackled.

“I am absolutely delighted that the APPG is being re-established. County Durham has so much to offer and it is fantastic that we have a world-class educational institution on our doorstep. I very much look forward to working with Mary and other members of the APPG as we promote Durham University on the national stage.

“The APPG will be a brilliant way for us to come together and discuss the issues that affect our constituents, education at Durham University and the wider North East, and we will be working together to ensure that all our constituents are represented.”

Commenting, Mary Foy, MP for City of Durham and Chair of the APPG, said:

“I am really proud to represent a constituency that is home to one of the best universities in the world. Hopefully, by re-establishing the APPG, we will be able to increase academia’s role in policy-making and to promote the work of Durham University at a national level.”

“Durham University welcomes the inauguration of the APPG for the Friends of Durham University. We see this forum as a place where we can listen, share and contribute to collective responses to some of the issues facing the region in which we are located, as well as the significant challenges confronting society at this time.”

Kevan Jones, MP for North Durham and Vice-Chair of the APPG for Friends of Durham University said:

“Durham University plays a key role in our region, and many of my constituents are proud to have studied there.  I am delighted that the APPG is being re-established to raise the profile of the University within Parliament and beyond.”