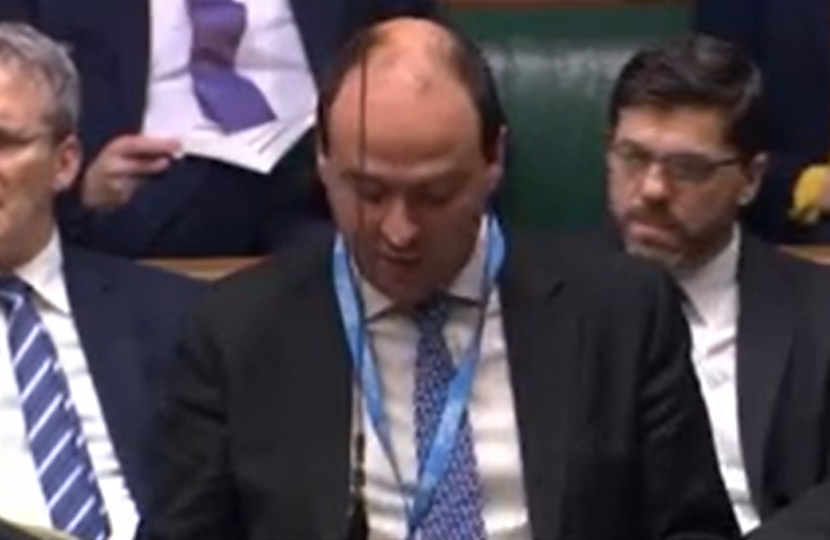 Richard Holden, MP for North West Durham, has today spoken about a new rail link from Consett to Newcastle in the House of Commons in a question to the Secretary of State for Transport as part of his continuing campaign for a feasibility study and a wider plan for improving transport in North West Durham. You can watch his question here.

During the election campaign, Richard pledged to campaign for a new rail link for North West Durham as part of his promise to improve transport for the constituency. You can read about his promises to North West Durham here. He hosted the Transport Secretary in the constituency to show him the site of the old railway and discussed getting a feasibility study done to look at the potential reopening of a rail line, as well as Government funding for the project. You can read about this and hear about the launching of his campaign here.

You can read about the full details of Richard’s campaign here.