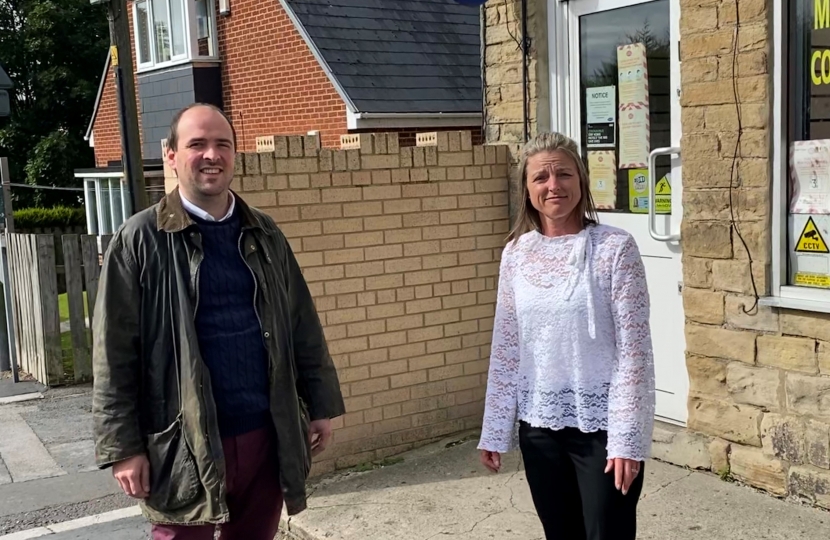 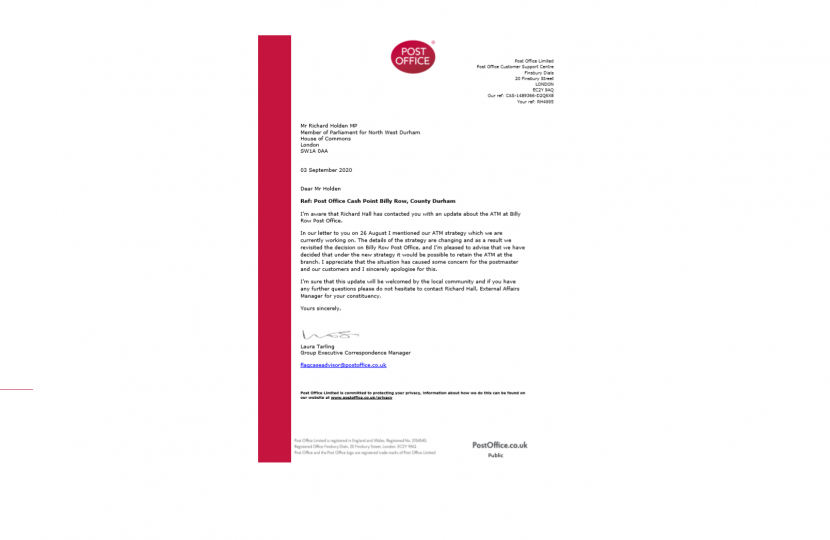 Richard Holden, Member of Parliament for North West Durham, has successfully campaigned to prevent the ATM at Billy Row Post Office being removed, following the announcement that it would be scrapped from the Post Office in a move that would have seen residents unable to easily access their money.

“Access to cash is hugely important, especially for the elderly and those budgeting. North West Durham has lots of village communities and it’s vitally important that no one in any of these communities has any difficulty accessing their money.

“I want to thank the Post Office for their recognition of the importance of access to cash for those in Billy Row and the wider community and I look forward to working with them on their new ATM strategy.

“My campaign to get a free-to-use cash machine in Moorside for local residents there continues, and I’ve had some very good early meetings with LINK progressing my campaign on this too.”

“It’s just fantastic to have had Richard’s support on this.  A few weeks ago we were genuinely considering whether or not we could survive without the cash machine but this campaign has totally turned things round for us and will make a real difference to the community. I cannot thank Richard and his team enough for the great support that they’ve given us and the work they’ve done to get this decision reversed.”