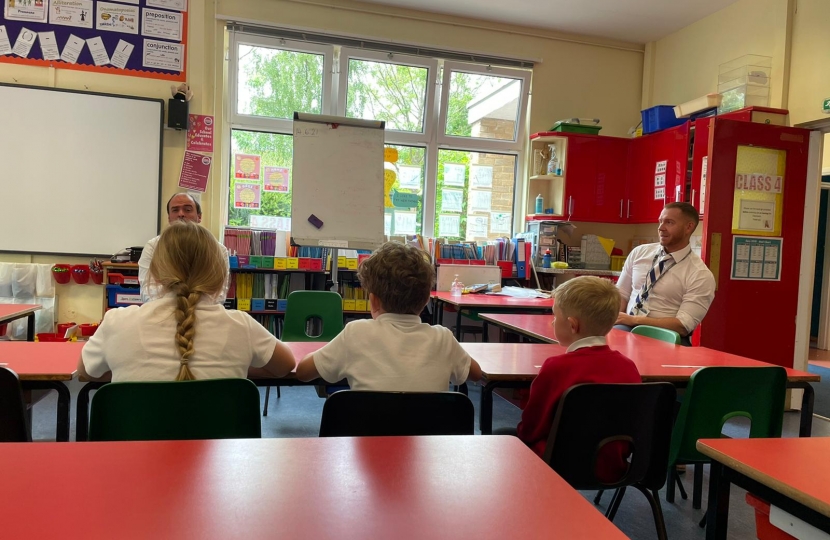 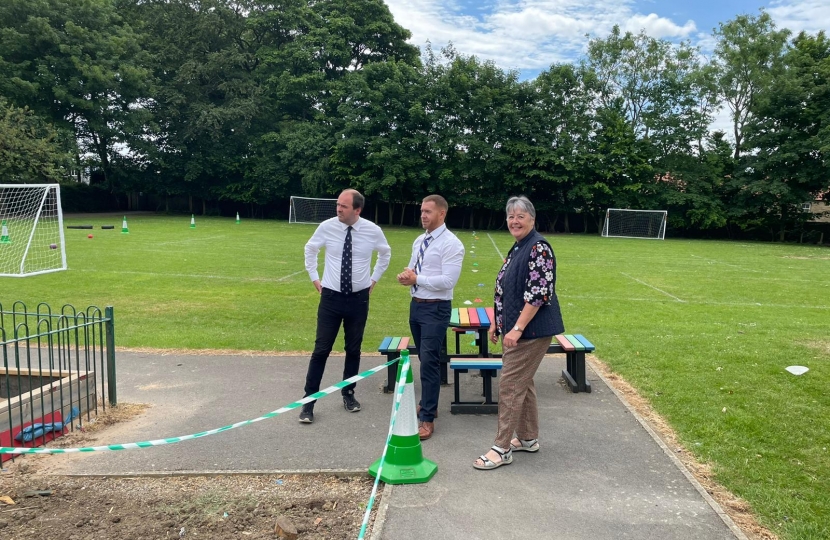 During the local election, when Conservative candidate Will Weardale knocked on Mrs Yuill’s door she spoke to him about Witton-le-Wear Primary School, for which she is a Governor. The ‘outstanding’ school built for 50 pupils in 1968, now has more than 80 children attending and as such finds itself unable to maintain its standard without further investment. The original building is too small, with its classrooms are separated by thin dividers.

Richard Holden MP has taken up the campaign following a visit to the school in June. Mr Holden met Mrs Yuill and the Head Teacher Mr Steve Whelerton, at the school and promised to raise their case with the Department of Education.

As promised, Mr Holden spoke directly with Schools Minister Nick Gibb MP on Thursday. Mr Holden raised the under-funding of the school compared to its standard of education and as a result the minister has directed the Department of Education to look at the case closely and work with the school and local council to see what can be done.

"I'd like to thank Richard Holden MP for bringing the issues around the buildings at Witton-le-Wear Primary School to my attention and for meeting with me about them. I have asked the DfE Regional team to work with Richard and the local authority to see what can be done to help address these concerns."

“On my visit to Witton-le-Wear Primary School in June, I saw for myself how well the school is run, especially considering it has nearly doubled its intake. I was also particularly surprised, during my Q and A with the children, to see how many were not from the village but travelled to attend because of the quality of the school.

“I will always do everything I can to help local schools. Nick has been really helpful, and has already looped in the Department of Education team in the North East. I’m looking forward to working with them and the local council to find a way forward.”