Richard Holden MP Promoted to the Department for Digital, Culture, Media and Sport 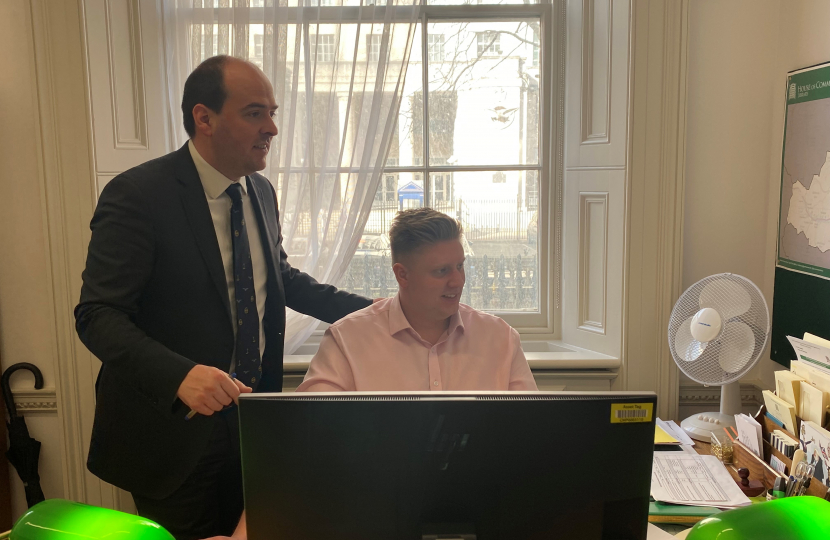 Richard Promoted to Parliamentary Private Secretary to the Department of Culture, Media and Sport.

This means Richard  will have to step down from his roles in the Public Accounts Committee and 1922 Executive that his fellow MPs had elected him to.

But now, with he is will use his new role to promote the best for our towns and villages - and indeed whole county and the North East - within Government.

"I’ll obviously still be speaking up for everyone in #NorthWestDurham in UK Parliament and on the ground in the constituency with a full weekend of surgery appointments and visits ahead too! Just means I’ll be doing some different bits and pieces when I’m in Parliament during the week.

"This is the first rung on the ministerial ladder and means that he'll be spending some of his time in Parliament working to support Ministers in DCMS on laws in the near future covering things like online safety and gambling reform.

"It means that he will have to stand down from his positions on the 1922 Committee Executive and Public Accounts Committee, that he had been elected to by fellow MPs, but will be able to spend just as much time fighting for his North West Durham constituents as ever."