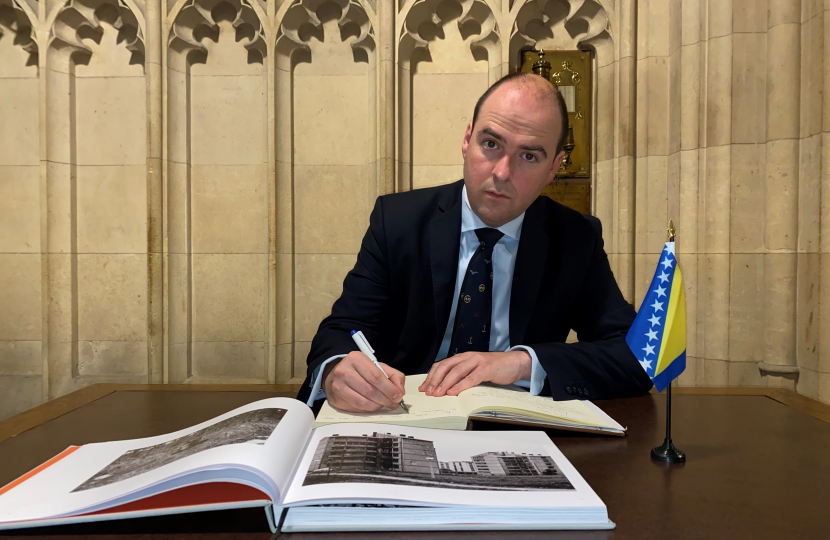 "Today, I signed the memorial book for the Siege of Sarajevo. I remember watching The Balkans War on the news as a child & have visited Sarajevo - a city that still bears the scars of war several times since. Including working with young people from different traditions on the ground as the rest of the world has supported reconciliation.

"There remain major threats to that peace today and we need to look East to see how Putin’s invasion of Ukraine is targeting civilians.

"The War is a reminder of how inaction from the international community leads to a humanitarian catastrophe."