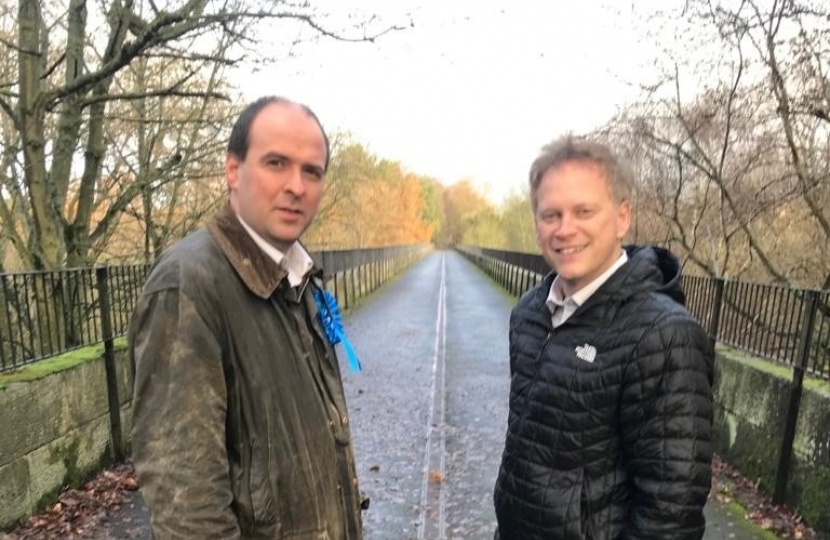 Richard Holden, Member of Parliament for North West Durham, has welcomed today’s announcement from the Chancellor of the Exchequer, Rishi Sunak, that the feasibility study he has been campaigning on for a new public transport link between Consett and The Tyne has been successful.

In the National Infrastructure Strategy 2020, it has been announced that 15 new feasibility studies will be undertaken, with the link between Consett and the Tyne being one of them. This follows months of campaigning by Richard, with the personal support of the Prime Minister Boris Johnson and the Chancellor Rishi Sunak, as well as local stakeholders.

Richard’s campaign was part of his six-point plan for North West Durham, which wanted to see improved local public transport and provide enhanced cycling and walking amenities along the route.

“Over decades, the North has seen under investment with Labour MPs allowing things to slide.

“This campaign was a key part of my personal manifesto, upon which I was elected, and I have been fighting for it every day with the support of local people.

“This commitment to the feasibility study, following the announcement of support for a new hospital to replace Shotley Bridge shows just how committed the Government are, from the Prime Minister and the Chancellor down to the levelling up agenda, as well as what an effective and hardworking MP can achieve for their constituency if they put their shoulder to the wheel.”