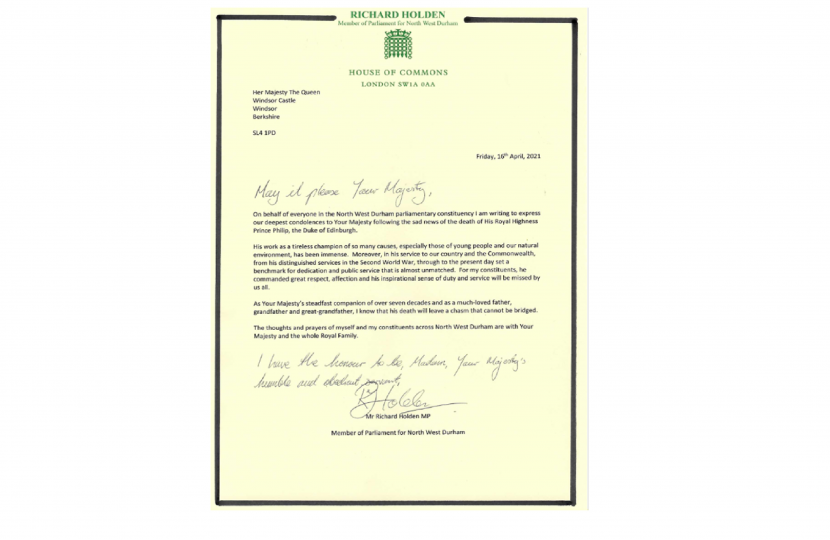 Richard Holden, MP for North West Durham, has written to Her Majesty The Queen on behalf of his constituents to express his deep condolences following the death of her husband, His Royal Highness Prince Philip, Duke of Edinburgh.

Referencing Prince Philip's work as a champion of so many causes, his service to the country and the Commonwealth and his services in World War Two, Richard stated that his constituents had a ‘great respect and affection’ for him, and that he will be missed by all of North West Durham.