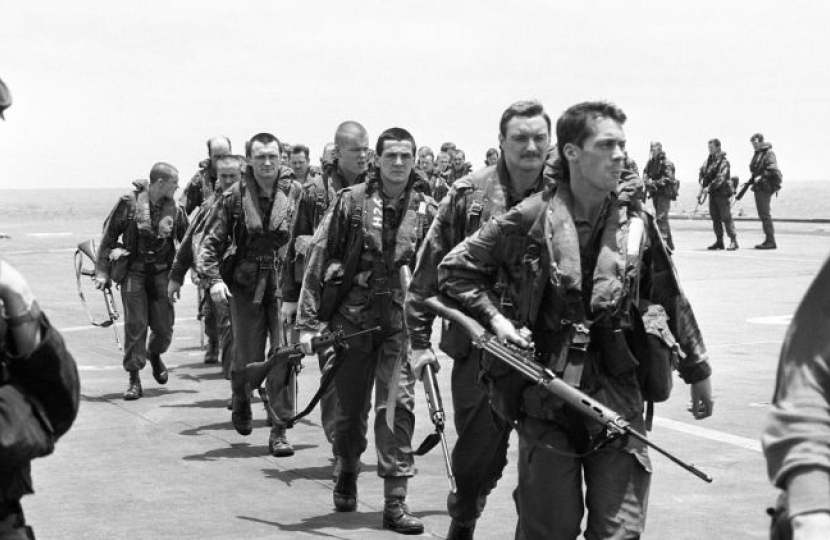 Richard Holden MP remembers those who died and fought in the 40-year commemoration of the Falklands War.

"Today is 40 years since the Falklands were invaded."

"Last year I was honoured to kick off the veteran's ride of respect from Lanchester in which the veteran bikers visit the graves of everyone who fought and died in The Falklands who are buried in the UK."

"We must never forget the 255 British personnel, including lads from North West Durham, who fought and died in the Falklands. 649 Argentine soldiers and sailors were also killed. Given the situation in Ukraine, it’s also worth remembering that autocratic despots don’t care about the loss of life and misery they cause to others or their own."

"On 14 June Royal British Legion is marking the 40th anniversary with a commemorative event at National Memorial Arboretum remembering the service and sacrifice of our Armed Forces, their families, and civilians."