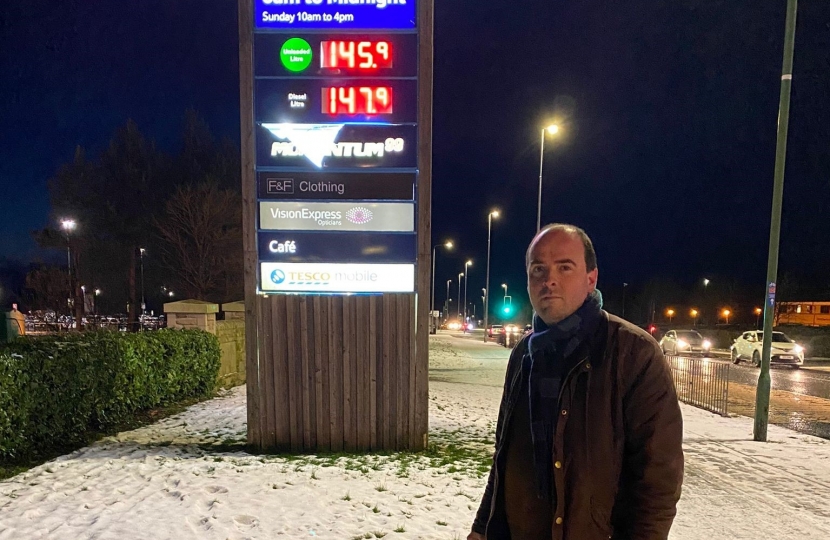 Richard Holden slams the unacceptable differences in price of petrol and diesel between #Consett and Bishop Auckland.

In a Facebook post, Richard explains that "Tesco & Morrisons have stores in Consett & Bishop Auckland, just 18 miles apart. The fuel arrives in tankers that hold 30,000 litres, and are 30 mins apart, so the travel cost difference is minimal.

Yet the petrol is almost 10p a litre cheaper in one than the other and diesel 5p a litre. For someone who needs to fill up an average car once a week that makes £5 difference every time. So far neither company has bothered to make a reasonable explanation to me as to why this is the case despite me writing to them as far back as February 2020 on this very subject.

I messaged both companies on Twitter last night and have not had a satisfactory response from either - and no response at all from Tesco.

As it stands I’ll be raising it in the UK House of Commons next week and starting a campaign to sort out the situation.

In the meantime, I’ll continue to exclusively use the small service stations at: Tow Law, Fir Tree, Helmington Row, Lanchester, Stanhope, Wolsingham, Howden-Le-Wear and others for fuel. When I checked this weekend all offer lower prices than the Morrisons and Tesco in Consett."

Richard will be continuing to follow this issue very closely, as he knows it affects a lot of his constituents, some of whom are already struggling with higher fuel prices for home heating.