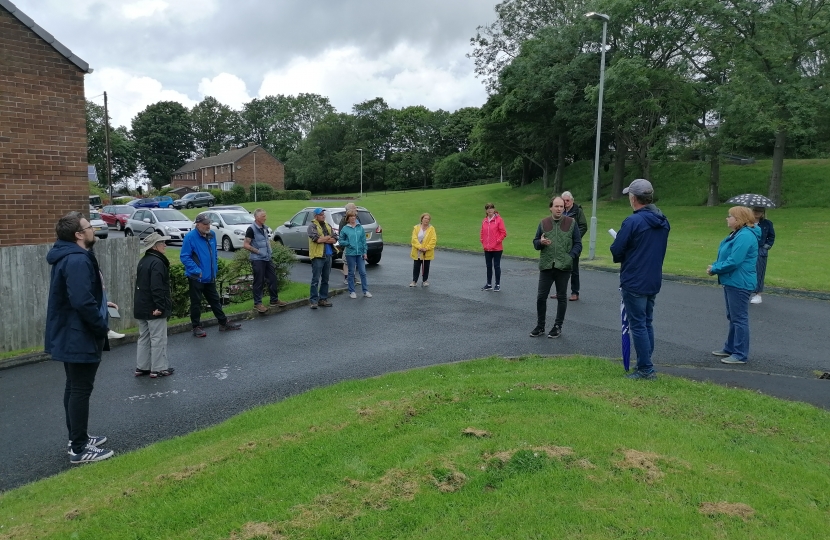 Richard Holden, MP for North West Durham, met a large number of residents on Fairview Drive in Medomsley Edge in June, where he discussed the proposed redevelopment of the former Hassockfield Detention Centre for approximately 127 residential properties. A number of people wrote to Richard at that time to express concern about the scale of the application, the increase in traffic it would cause, particularly during what would be a couple of years of building work, privacy concerns with the site footprint taking on green fields around it, and also the way that it was being pushed forward by Durham County Council.

Richard has monitored the situation concerning Hassockfield very closely over the last few months. Following recent enquiries the Home Office have made him that the site could instead resume work as a detention facility for up to 80 female detainees. The possible proposal is for one in which people would be incarcerated and not able to leave the premises. Furthermore, Richard has been told that if this proposal is pursued that the site’s footprint will remain the same, with no building works of any significance being required. Finally, Richard has also been told that around 150 good jobs are likely to be created from the return of the site to use and that the vast majority – c. 120 – are likely to be filled by local people trained by a core team.

Richard is keen to get the views of local people on this project - please see the survey below.

Hassockfields Return to use Survey Dec 2020