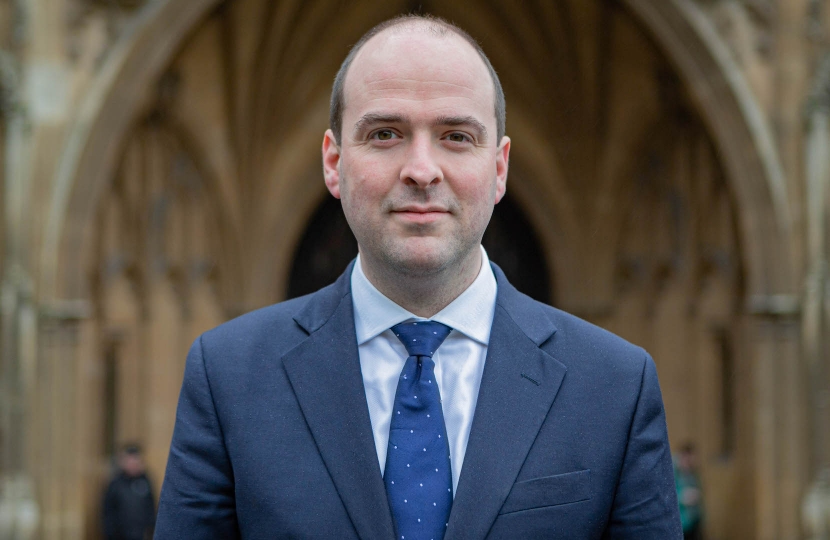 Born in Blackburn, Richard grew up in the Pennine village of Grindleton, near Clitheroe. He attended the local village primary school and passed the 11+ to go to a grammar school in Skipton, North Yorkshire. He went to sixth form in Blackburn before going on to study at the London School of Economics (LSE), where he graduated in 2007.

Since then he has worked in both the public and private sectors, as well as in political campaigning. Most recently, before becoming an MP, he worked in the Department for Education as a Special Adviser to the Secretary of State for Education.

Following his election, Richard has been very active on behalf of his constituency, both locally and in Parliament, raising issues such as transport infrastructure, jobs and the economy, farming, and lobbying for a replacement to Shotley Bridge Hospital. He is also involved in national campaigns to better regulate gambling, provide better mental health services and help prevent suicide, and for environmental protection.

Richard served on the Public Accounts Committee from 2019-2022, which holds the Government to account for how taxpayers money is spent. He is also on the European Statutory Instruments Committee, which scrutinises all regulations that the Government is making during the transition period following our exit from the European Union. In addition, Richard is part of UK parliamentary delegations to overseas bodies for democracy, such as the Council of Europe and the Inter-Parliamentary Union.

Since being elected to Parliament, Richard has led successful campaigns to change Government policy. Within weeks of being elected he successfully convinced the Chancellor of the Exchequer to reverse the 'Motorhomes Tax' - an EU regulation that had caused a huge rise in tax on motorhomes. This was severely impacting Elddis, a caravan and motorhome manufacturer that employs almost 500 people in his constituency.

Subsequently Richard has helped introduce a new draught beer duty for pubs and changed the law through the Health and Care Act to ban Virginity Testing and so-called hymen repair procedures. Richard is currently campaigning in Parliament to extent the Automatic Enrolment of Pensions to 18 year-olds in order to boost the financial retirement prospects of millions across the UK.

In February 2022 Richard was promoted to Parliamentary Private Secretary (PPS) to the Department for Digital, Culture, Media and Sport. This is an unpaid assistant role, acting as the 'eyes and ears' for the Department in the House of Commons, carried out in addition to his role as a Backbench MP.

Richard lives in Wolsingham. He enjoys cooking roasts, local pubs and walking in the Durham Dales.

What do you think about smacking? Richard Holden MP asks his constituents

Within the last week Wales has followed Scotland's decision to ban the smacking of children - you can read more about their legal changes here: www.bbc.com/news/uk-wales-60781395

Richard Holden MP today launched a survey about the proposed waste to energy plant on the Hownsgill Industrial Estate in Consett, also known as the Consett Incinerator.

Richard Holden MP Promoted to the Department for Digital, Culture, Media and Sport

Richard Promoted to Parliamentary Private Secretary to the Department of Culture, Media and Sport.

This means Richard  will have to step down from his roles in the Public Accounts Committee and 1922 Executive that his fellow MPs had elected him to.

Richard Holden MP lets his constituents in on his top 10 highlights of being the MP for North West Durham.

Richard Holden MP planted a Remembrance Cross today in a tribute to all those brave men and women who fought and died in the service of our country during both world wars and subsequent conflicts.

Richard met representatives from some of the scouts and beavers from Derwentside District as well as the adult leaders and helpers to thank them for all they do for young people in our community.

Richard Holden MP visited Durham University Conservative Association to speak to students. Richard spoke in a wider-ranging speech about the future of the country and the real concern about free speech on campuses across the country.

Keep up to date with Richard's campaigning for our community